The Leading Manufacturer of
Friction Hinges and Torque Hinges

Home » Resources » What Is A Friction Hinge?

What Is A Friction Hinge? 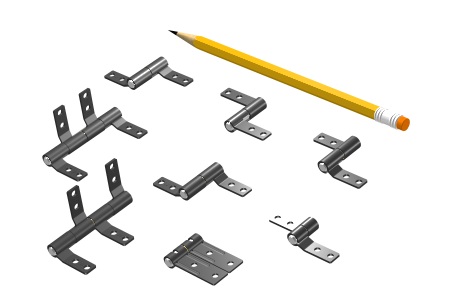 A friction hinge, or torque hinge, is a specialty hinge that gives resistance to the pivoting motion. These hinges are typically used to control motion or hold a pivoting object opened or closed. The most common and relatable application is that of a “laptop hinge”. These motion control hinges are also known as:

How Does A Friction Hinge Work?

Friction hinges achieve their function by engineering the specific tolerances between the mechanical components. Additional material such as springs and lubricant are often employed to achieve the desired degree of resistance or damping to the hinge movement.

In some cases, the goal is for the object on the hinge to close completely at a desired degree of speed. In others, the torque is used to hold one or both objects to which the hinges are secured to in a specific position, not necessarily on a fully opened or closed position. When used to hold one of the pivoting members in place, they are designed to be moved by a force of a specific amount of torque greater than its rated torque.

Friction hinges are often customized or custom designed to meet the exact torque requirements of critical applications. Custom designs can provide one-way hinges, in which all the resistance is only in one direction; two-way hinges that have equal damping in both directions, or a combination of both. Design variables include lubricant viscosity, construction material, and degree of space tolerance between components to meet specific applications, such as medical, rugged, high or low temperature, or hazardous environments.

Friction hinges are used in a variety of applications where resistance is required. As mentioned earlier, one of the most popular applications is a laptop. The hinges allow the laptop screen to remain positioned exactly where you set it. They are also found in electronics devices used for medical, automotive, aerospace and defense. These hinges can be found in many transportation settings including planes, trains, boat and automobiles. Friction hinges are used in many other industrial and consumer applications from kitchen appliances to retail displays. Please click here if you’d like to learn more about friction hinge applications. 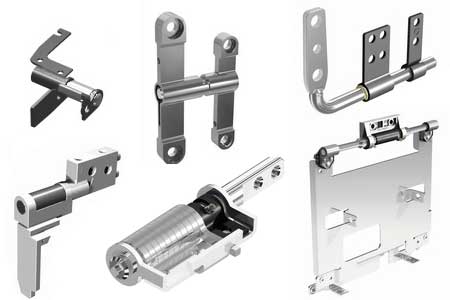 TorqMaster designs and manufactures Friction Hinges in various sizes and strengths. The majority of our designs are 360-degree hinges, meaning that the hinge components can rotate about themselves all the way around. The motion is usually limited by the mating components to which the hinge is mounted.

Pioneering hinge design in some of the earliest portable computers, TorqMaster has provided standard and custom configurations to many leading manufacturers over many decades.

We manufacture and deliver hinge designs that all feature long and stable cycle life. Our selection includes a wide range of size and styles that are easily mounted and installed.

With plating and painting options to enhance corrosion protection of our varying designs, our hinges are utilized in many applications across a variety of industries.

TorqMaster designs and manufacturers friction, torsion, and damping hinges for a variety of applications. All hinges are made in the U.S.A. by us and shipped worldwide. We offer stock, semi-custom, and full custom designs.

This website uses cookies to improve your experience while you navigate through the website. Out of these cookies, the cookies that are categorized as necessary are stored on your browser as they are essential for the working of basic functionalities of the website. We also use third-party cookies that help us analyze and understand how you use this website. These cookies will be stored in your browser only with your consent. You also have the option to opt-out of these cookies. But opting out of some of these cookies may have an effect on your browsing experience.
Necessary Always Enabled
Necessary cookies are absolutely essential for the website to function properly. This category only includes cookies that ensures basic functionalities and security features of the website. These cookies do not store any personal information.
Non-necessary
Any cookies that may not be particularly necessary for the website to function and is used specifically to collect user personal data via analytics, ads, other embedded contents are termed as non-necessary cookies. It is mandatory to procure user consent prior to running these cookies on your website.
SAVE & ACCEPT